Enhancing Learning Through Lego - HB Tutoring
0333 335 5139 info@hbtutoring.com
Serving the whole of the UK with a network of over 700 tutors! 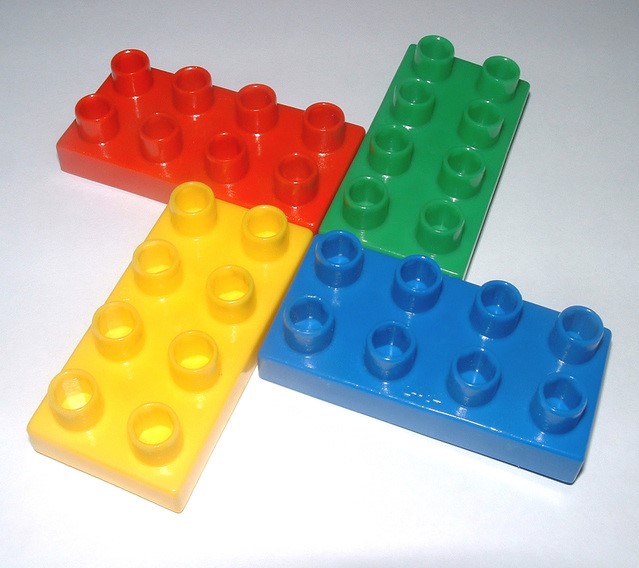 We have all enjoyed with playing with the colourful Lego bricks as children, making wild and wonderful creations, it’s also a shame that Lego purchases are lessened for older children. Have you ever thought of the educational benefits through all of the key stages which Lego offers ? These bright colourful bricks never fail to capture the attention of students as they enter a classroom – and there we have our captive audience all eagerly awaiting to get their pile of bricks to demonstrate to others what they could build in previous years when Lego was a daily pastime play object.

Let’s look at the importance of Lego in Education

From a very young age Lego encourages children’s manipulative development as they at first struggle to separate the blocks and then seal them together, as their strength increases so does their confidence. Lego bricks also don’t encourage children down a certain channel of learning, they are free to design a space station to a farm or a  made up character allowing their mind to wander off in any direction if their choosing.

Both parents and teachers can observe children playing with Lego as they observe if children are willing to take a risk and ditch the instructions to have a go at their own creations, are they willing to problem solve if their ideas don’t go to plan the first time? This gives all carers a deeper understanding into the child’s world and how they face their problems.

New Lego products are always being introduces and equally as many are being discontinued allowing for collectors to rush for the latest Lego creation, this awe many parents have over Lego as they reminisce their love of Lego as a child is frequently passed on to their children and it creates a perfect bonding time together with parents and children across the world. Should two children speak different languages and understand little of each other’s vocabulary, Lego is the perfect activity to place in front of them as they are able to play alongside each other as they build confidence and watch what each other are building. I’ve used Lego many a time previously an the ideal ice breaker when a child who knows very little English placed in the class room, it can be daunting for the child in question and a source of fascination for the rest of the class. A box of Lego can take all worries and anxieties away and also be of a very useful observation tool for teachers to see how the Lego is used..
A very interesting article which has been published in the Guardian www.theguardian.com/education/2016/mar/15/children-learn-play-age-eight-lego states that children’s education should be play based until the age of 8. And prior to the age of 8 education should be play based as the children learn to discover and problem solve. Finland starts their children’s education at the age of 7, Most European countries commence education at the age of 6. These countries include: Ireland, Germany,  Norway and Spain.

Are There any Negatives to Lego?

We have discussed all of the amazing uses of Lego and how it can help children (and adults) of all ages to come together with their creations. The negatives of Lego are:

Despite these relatively minor short falls, I think Lego still comes out on top for the most versatile activity toy to span all age groups to get minds inventing a variety of scenes, and isn’t always gender based. And let’s hope schools embrace Lego within their education , the following link outlines how Lego can be used throughout the age ranges incorporating a wide variety of subjects. https://education.lego.com/en-gb/primary/intro. If only Lego schools were available …..